cancel confirm NSFW Votes: (0 votes)
Are you the publisher? Claim or contact us about this channel.
0
Showing article 34 of 1063 in channel 25495104
Channel Details:
Viewing all articles
Browse latest Browse all 1063
0
0 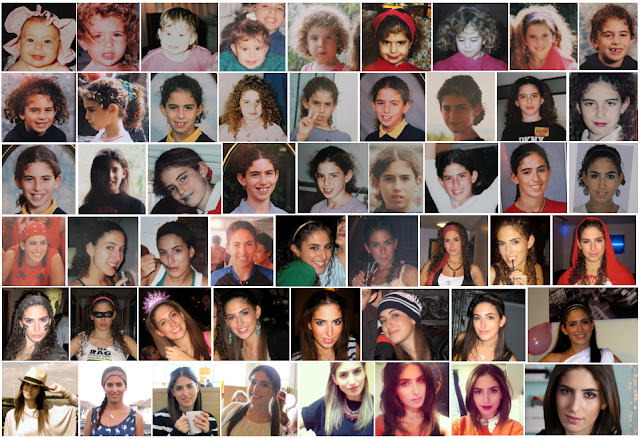 Today is my 26th birthday and as I'm keeping it low key this year I don't have any fancy birthday makeup tutorial to show you. Instead I thought I'd entertain you (and totally embarrass myself) with a look back at the last 26 years and at what Anna so perfectly put it as my beauty CV. The past is the past and there are some really awful photos here but I wanted to be honest!
The Hair //
Having uncontrollable curly hair meant that brushing only took place on hair wash days and I brought the house down with my screaming. It once got so matted that my mum had to take me to the one Philipp Kingsley salon in London for advice (maybe this was the beginning of my obsession with beauty?). I couldn't wash my own hair for a long time without help and if someone at school had nits it was worth me taking time off school because if I got them…. well it would be like looking for a needle in a haystack. By the time I reached 7 it got pulled back into a controllable ponytail and stayed that way for ten years. For special occasions I'd wear it down or clip half of it up but it would be caked in mousse and completely crunchy. It was always either Shockwaves Ultra Strength or Sebastian Wet, nothing else worked. The wet look had to do as it was better than the frizzy look, but you could actually hurt yourself touching my hair it was so sharp. Every year when I went on camp the option was to either pack 6 bottles of mousse or get my hair braided… I usually went for the latter, getting it done at the local afro hair salon. My first blow dry took place in year 5 but it was so traumatic and so many combs were snapped that I didn't try it again for years. The re-launch of GHDs during secondary school meant I could try it myself at home without hairdressers gathering around me with concerned faces and I just kept straightening it on weekends until it became easier. At Uni I began straightening it more and more, partly because it was easier to manage when it was straight but also because I felt happier and prettier with it straight. I found it easier to develop my own sense of style with straight hair and just couldn't get the curly look right. I spent a few years wearing it both curly and straight depending on how I felt. I never had the option of cutting or colouring my hair growing up as it wasn't strong enough for colour and was too curly for any kind of cut. After straightening it for a few years and working on using only the best products my hair was strong enough to cut short, something I'd always wanted to do. The only sacrifice? Not being able to  wear it curly… it just looks ridiculous. So that's where I am now and I'm really happy with it!
The Makeup //
There's not much to touch on here as it was pretty non-existent until I was about 15/16, apart from the odd blue lipstick (as seen above) and makeover from my sister. My sister was a makeup artist so I assumed MAC was the only brand worth using as that's what she used. My makeup look for years consisted of a lot of bronzer, black eyeliner and mascara. When I went to Uni I spent most my loan on Benefit makeup and once the blogging started, well that's when the obsession really started too. Everything since then has been documented on here so scroll back if you wish…

The Skin //
I'm quite lucky and have had some pretty good skin genes passed down to me. From when I was about 14 until after Uni I just used Simple face wipes and a basic moisturiser as my daily skincare routine. My skin didn't react to such a skin stripping routine because it's not very sensitive but the minute I tried a proper cleanser, I never used face wipes again. Bioderma replaced my face wipe needs when I didn't have time to cleanse and all the other trimmings followed soon after. My mum had spent years begging me to just try using a cloth and cleanser, so once I did she was more than happy to show me how to do the rest of my skincare routine properly.

So there it, my life-long hair issues (sorry for the long ramble) and my entry into makeup and skincare. Another birthday, another grey hair but I've achieved more in my 25th year than I have in any other so I'm giving myself a high five and a pat on the back.

If you don't see a birthday post this time next year, it's because I'm hiding somewhere pretending it's not my birthday. No more birthdays from now on, that's the deal... ok?

~ For the rest of this week I'll be running 'mascara workshop' so check back everyday for different mascara tips and tricks! ~
Viewing all articles
Browse latest Browse all 1063
More Pages to Explore .....
© 2022 //www.rssing.com